About Us About Agave Our History Global Presence Facilities Our Team

In The iidea Company our commitment is to guarantee complete customer satisfaction by making and packaging food products and alcoholic beverages within the standards of quality and food safety; preventing environmental pollution, taking care of the integrity and health of our workers; the prevention and attention to emergencies; complying with social responsibility with our interest groups and our ethics code.; ensuring compliance of the legal, regulatory and contractual requirements.

With these commitments and our integral approach, we establish challenging objectives and guarantee continuous improvement of our processes, products, services, and human capital supporting the social, economic and environmental benefits for all the internal and external interested parties. 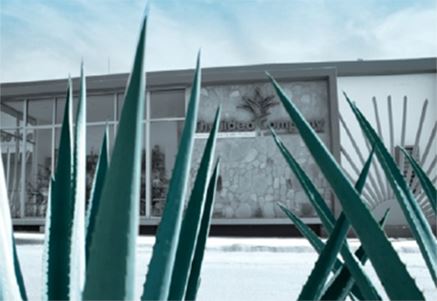 We are pioneers in the production and marketing of Agave derived Premium Products and other Natural Origin Products, looking for the satisfaction and health of our customers worldwide.

To be a global company that produces, markets and leads the innovations in Agave derived Products, thus boosting the sustained growth, bringing satisfaction to our customers through the power of our people and our social responsibility.

Our valuable raw material “agave azul” has its origins in the fields of some areas of Mexico, with certain qualities and specific conditions, that describe it as an authentic plant with indescribable value.

For ideal growth, our agave requires a semi-dry weather, with an approximate temperature of 23C with an altitude between the 1,500 and 2,000 meters above sea level. The soil has to be strong in iron, loamy, permeable and abundant in basalt derivates. Sun exposure is also very important for its prime development.

The ideal maturation time of our blue agave is from 6 to 7 years, after this time it can be harvested “jimado” and ripped . The high fructose is extracted from the heart of the plant and is later used to elaborate our premium products: agave syrup, agave powder sweetener , inulin and tequila

The uses of the agave plant date back to the prehispanic cultures in Mexico. The Aztecs impute its origin to the goddess Mayahuel. Legend says that a lightning bolt from the gods destroyed the agave plant, leaving only its heart, from which poured a sweet nectar that was later turned into a ritual beverage made as an offering to the gods.

In 1996, in the heart of the agave region, and drawn by this millenary plant, The iidea Company is born, proud pioneer in the making and commercialization of premium agave products.

The project to create agave syrup on industrial level, in collaboration with researchers from the University of Guadalajara started

Operations start in the United States, with the first shipment of our signature product: agave syrup.

The first export of agave syrup to Europe is settled, and the first organic tequila in the world, Buen Amigo, is launched.

The doors of our first affiliate are open in California, USA, as well as various warehouses in Ontario, CA. as an answer to the high demand of our products.

We obtained our first Kosher certification

Two years later, we were given the HALAAL certification

The launching of our first Agave Inulin Powder, one of the highest quality prebiotic fibers in the market.

Our tequila, Don Alvaro, was awarded the Gold Medal by the Beverage Tasting Institute of Chicago in a competition where the 15 best tequila in the world participated.

We expanded our product offer by launching the RAW agave syrup.

We reach the Asian continent with the first shipment of our Premium Products of agave.

Due to the increasing demand in Europe, we open an affiliate in Amsterdam, Holland.

Our tequila, Don Alvaro Añejo, is awarded the Silver Medal at the SIP Awards 2010.

At The iidea Company we continue to evolve and we launch a new corporate image.

As a part of our innovation culture, we launch the project to make agave powder sweetener under our own brand, Switter.

Our product, Switter, is awarded as one of the finalists of the SIAAL Innovation in their Canadian edition.

We celebrate 20 years of being pioneers in the production and commercialization of premium organic products derived from agave and other products of natural origin.

The iidea Company continues to expand! Our FCC Pack plant, specialized in packaging, opens its doors based in Hamburg, Germany.

The IIDEA family grows: the launch of Agave Spread and Green Agave Syrup, which offer numerous health benefits and an exquisite taste.

As world leaders of Premium Agave Products, we currently export to over 40 countries in the 5 continents.

At The iidea Company we believe in the invaluable asset of having a multicultural and diverse team that gives us a greater openness and flexibility to work in International markets.

Our facilities meet the highest standards of quality and safety, ensuring the continuous improvement of our processes and products. 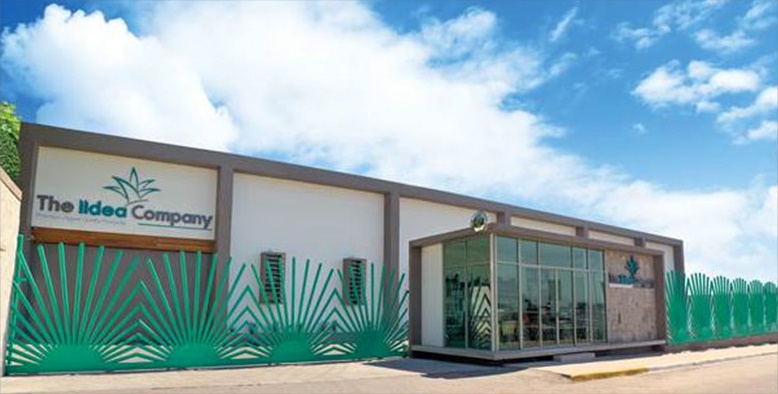 At The iidea Company we understand that our people are our most valuable asset, get to know us!